We seek to realize the full potential of people with all forms of blindness so that they can participate fully in society.

It is our mission to expand possibilities for the blind and visually impaired people through creating employment and providing programs encouraging independence and self-confidence.

In 2012, Mrs. Huong Nguyen received the Humphrey Fellowship from the United States Government, granting her the opportunity to spend a year of non-degree graduate-level study, leadership development, and professional collaboration with U.S counterparts at the University of Minnesota. During her trip to Seattle, organized by the Humphrey Program at the University of Washington, she met Kirk Adams, President of Lighthouse for the Blind, at a dinner in March 2013. This was the first time she had heard about the model of social entrepreneurship, a model designed to adopt a business mindset to address social issues. She was surprised to learn that Lighthouse for the Blind, through its Seattle operations, could produce manufacturing products of such high quality that they could be suppliers of aerospace manufacturers like Boeing, even though it is an organization established for the primary purpose of having a positive social impact. Returning to the hotel with Kirk’s words “Maybe one day you can do something to help the blind people in Vietnam”, Huong started immediately searching for information about the blind in Vietnam and their situation.

While relatively little research has been done to document the plight of the bind in Vietnam, what few figures we have available reflect the difficulties they face in society today. Only 8% of the Vietnamese visually impaired go to school, 15% attend training courses, and 20% have jobs. Most of the Vietnamese blind live, dependent on their families, and rarely communicate with others in their communities. They often do not believe in themselves and feel they have little hope for the future.

Historically, massage therapy has been one of the few and best jobs for the blind here in Vietnam;. Unfortunately, there has been very little professional training available to them, form either governmental or private sources, for the improvement of their massage technique, knowledge of anatomy and its relationship to massage, nor of the skills necessary to manage and create a professional and appealing spa environment.

Hence, they typically only work in very humble parlors, earning a paltry income of about $1.00 to $1.5 US per 60-minute session, and are often exposed to physical and sexual abuses. As a corollary, their work is not respected because of society’s prejudice against massage which is often viewed as a form of disguised prostitution. Our director, Ms. Huong Nguyen, who alsa a research fellow at Harvard Kennedy School, made a decision to leave a promising political career with a responsible position as a director in the Vietnamese government in order to find a way to make a difference. Accordingly, she and her husband, lawyer Phan Vu Anh, co-founded Blind-Link in May 2013.

As the first and pioneer organization to undertake such an endeavor in this field in Vietnam, Blind-Link has chosen to attack the issues by providing the blind with professional and personal development training, creating high value-added jobs working through its Omamori Spa chain. Its stated goal is two-fold. 1) Provide training and suitable professional employment for a growing number of blind people throughout the country. 2) Transform the image of blind masseurs and their work, through word-of-mouth and the media, and by example. (We invite you to share your experience with us far and wide.) 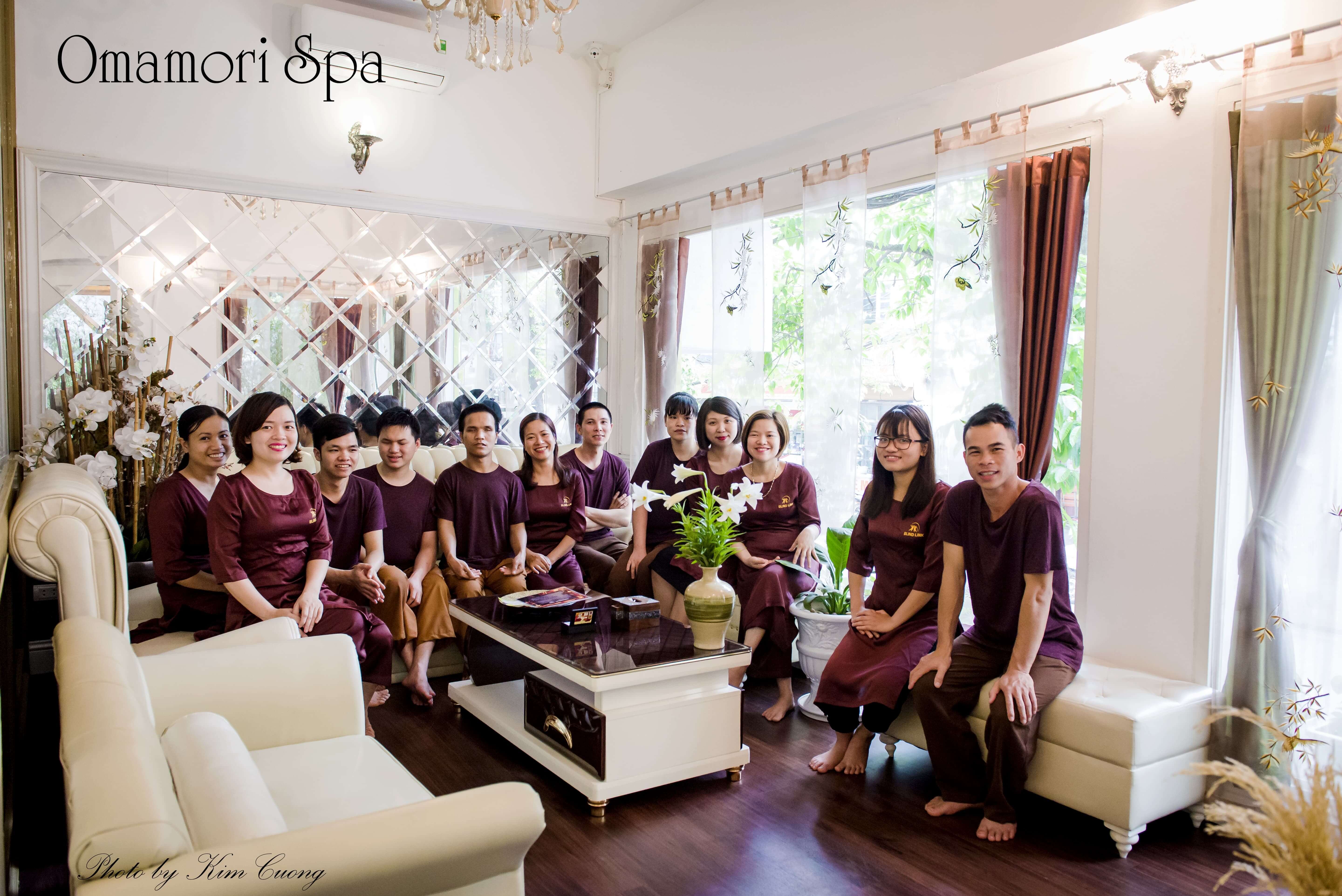 Blind-Link offers a host of programs which we make available to the blind community at large. Our programs are designed to provide students with the opportunity to obtain skills need to achieve success in independent life, interact with peers and sighted people in a variety of social situations, to gain knowledge of the working world and to build self-confidence and self-esteem. Core programs include: Massage, English Communication, Entrepreneurship, Sexual Assault Prevention, Soft Skills.

Blind-Link cooperates with social impact investors to operate a chain of Omamori Spas in Vietnam. In Hanoi, since a larger space is needed for training programs, as of April 12th, 2017 we have moved from our initial location in Huynh Thuc Khang Street to our current headquarters, a high-end & large-size spa, at 52A Hang Bun, nearby the Old Quarter. Our second location is in the heart of the Old Quarter, Hanoi. This ten-bed spa, Omamori Spa at 100 Hàng Trống Street, has been in operation since December 1, 2018. It is ideally situated just two blocks from the west side of Hoan Kiem Lake, and two blocks from the beautiful St. Joseph's Cathedral. Our third location is a high end, large location at the heart of the newly urbanized area of Hanoi. Omamori Spa at No.37 Lane 165, Thái Hà Street, Đống Đa district had its grand opening on June 15, 2019.

Omamori Spa Co-op comprises a group of studios established as part of an initiative of Omamori Spa to provide blind therapists trained by our Omamori Spa master teachers the opportunity to gain their independence and become self-employed. They are able to rent beds within an established spa, thereby empowering them to work on their own but with the marketing and administrative support of a respected organization. This group targets middle-income clients seeking professional massages at affordable prices. The first Omamori Spa Co-Op was launched on June 1st, 2019 in the heart of the Old Quarter, at No.15 Lane, 50 Đào Duy Từ Street. Omamori Spa Co-Op 15/50 Đào Duy Từ is situated in a 3-meter-wide lane that starts at No.50 Đào Duy Từ Street on the one side, and continues to No. 5B Tạ Hiện, the famous “Beer” Street of the Old Quarter, on the other side.

White Cane Initiative for the Blind in Vietnam

After years of Blind-Link's endless efforts to raise social awareness about the importance of the white cane as a supporting tool for free mobility of the blind people in Vietnam, on December 5, 2019 Minister Nguyen Chi Dung of the Ministry of Planning & Investment launched a ceremony to announce the ministry's public service program and the Initiative " White Cane for the Vietnamese Blind". The event is organized by the Ministry of Planning & Investment in collaboration with Blind-Link and the Vietnam Blind Association, the Training & Rehab Center for the Vietnamese Blind. The Minister announced 13,000 white canes were donated to the program so far. The long-term goal is to ensure all blind people in Vietnam have access to white cane for safe mobility and independence. Sign up to receive the white cane as a form: https://bom.to/g5HoQ

TO BE UPDATED ALL NEWS