Le Thi Dao, 36 years old, was born into a family of 3 siblings, at Yen Khanh - a poor village in Ninh Binh province. Dao and one of her younger sisters were congenitally blind -  Dao cannot see completely, and her sister is visually impaired besides slow mental development. Her parents are farmers and the father participated in the border war with China in 1979. 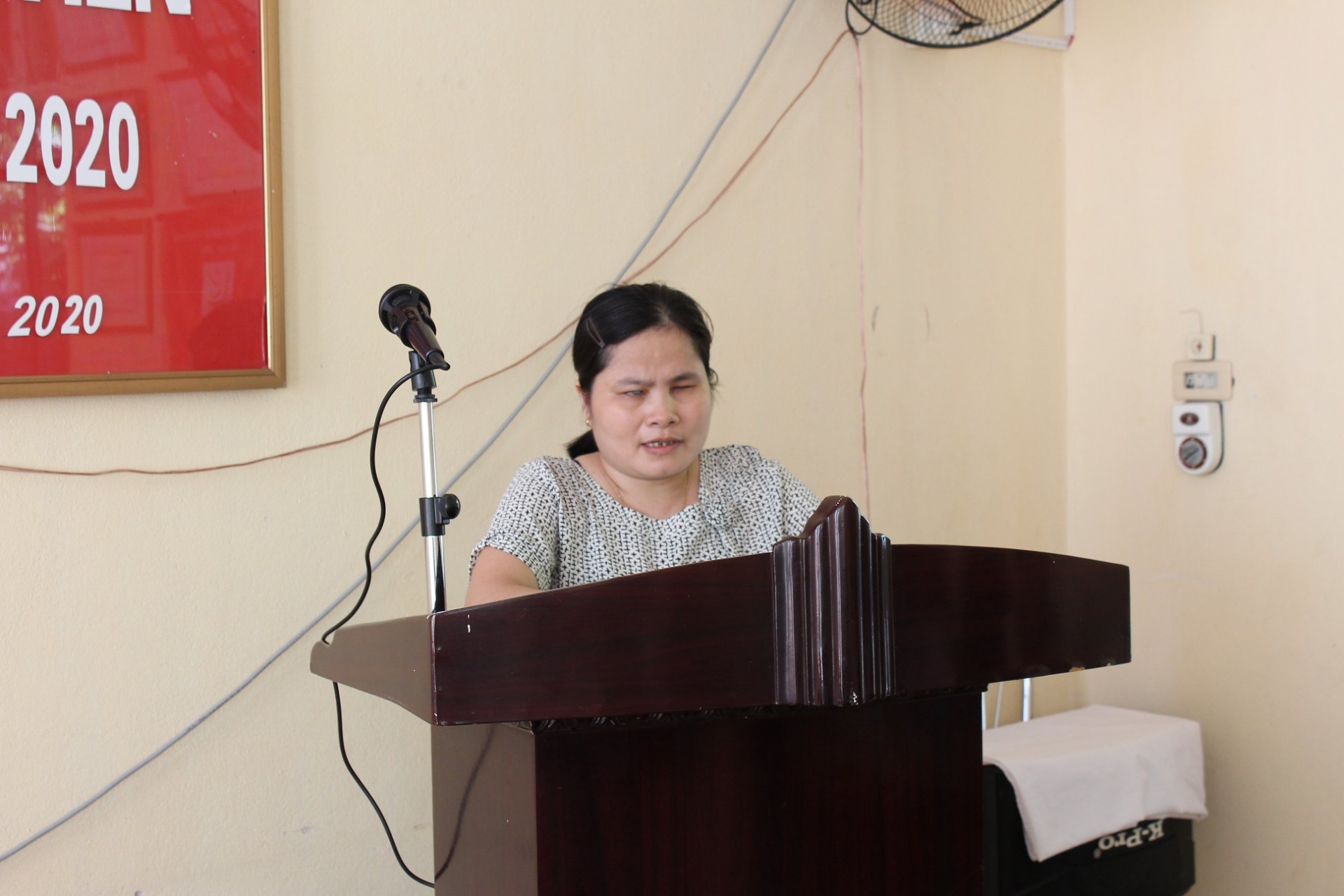 Since she couldn’t see at all, Dao had no chance to go to school. When she was 6 years old, the commune tried to open a special class for completely blind kids, so she attended. However, the teacher did not have any experience with teaching visually impaired students, so the class closed soon after. Due to her family’s dire financial situation, her grandparents from the neiboring village raised her; she lived with them, and some other relatives until she was ten, then went back to her parents. Dao thought that living with her grandparents was good for her, because if not, her life might’ve gone towards an entirely different path, like her sister’s. Her younger sister can see a little, but because their parents love their children, and was too busy working to get money for the treatments, her sister stayed at home without learning anything or interacting with anyone outside the house. So, she became slow, and couldn’t take care of herself. Dao, on the other hand, got to follow her grandparents and relatives everywhere. She got to talk to many people and play with other children in the neighborhood. Her favourite childhood game was “Follow-the-Leader ”, where she often stood at the middle, sometimes the back. In this game, participants have to hold tightly onto the person ahead’s shirt, and run so that the last person in the chain doesn’t get caught by the chasing person, and the chain doesn’t break apart. 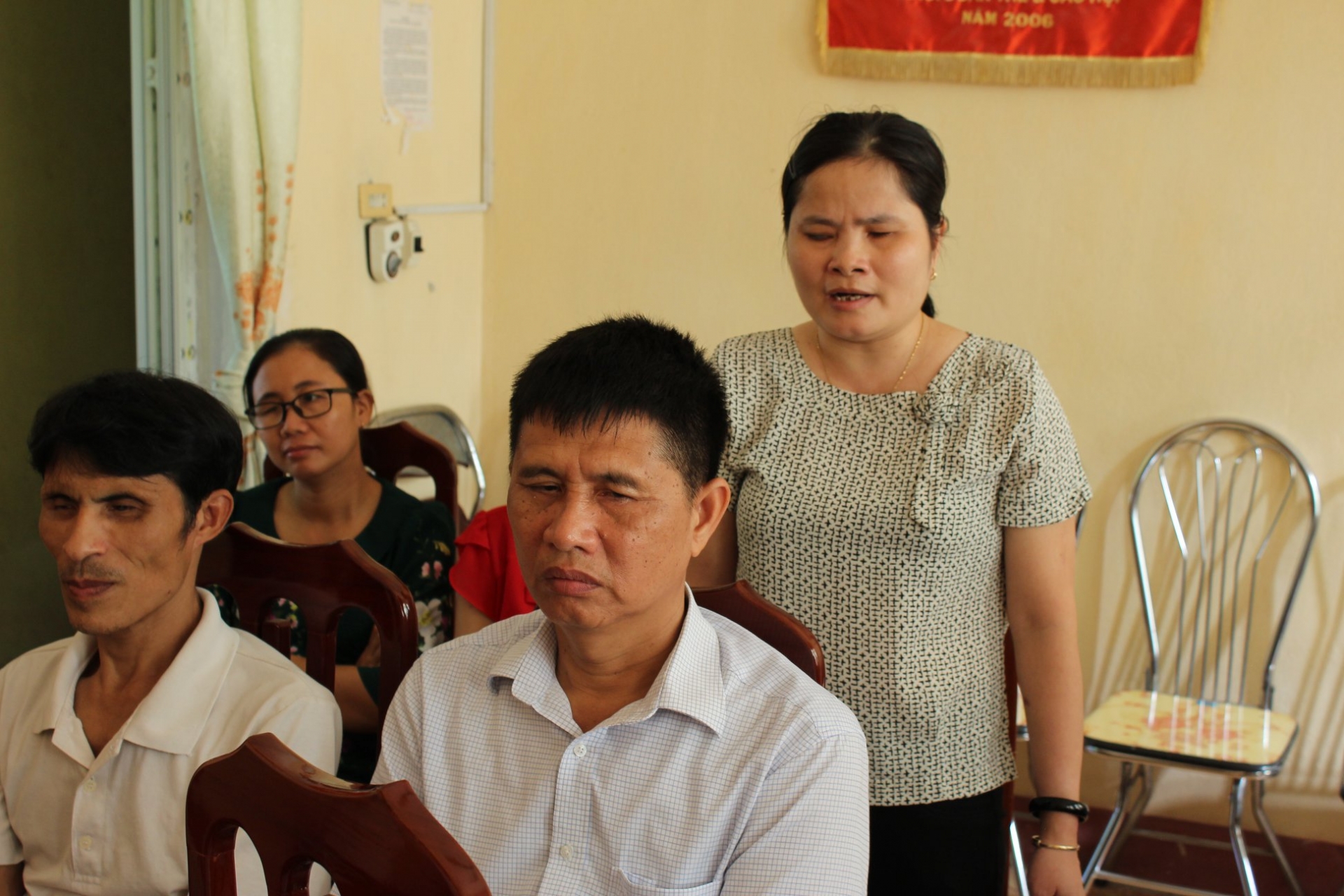 Once, Dao's best friend invited her over to play. Her family had a rice mill that others can rent. They played barefoot on the rice husks and then invited each other to wash their feet. While not seeing, Đào fell into the well. Her friends were terrified, yelled for anyone to come help. Fortunately a customer got there in time to save Đào. *needs editing*

“When my sister and I were young, our parents brought us to many places, in hopes of curing our eye conditions. They sold all the pigs, all the chickens then had to pay for the treatments. Any potential hope at all, there we went. Once, we went to Nghe An to see a herbalist. She poured medicine into a glass of boiling water, then told us to put our eyes near it, to “receive the medicinal steam”. After that, she stated that to cure our conditions, every time a family member eats betel nuts, they should use their tongue to flick our pupils. I should get better after doing it a few times. I am still afraid, to this day.” 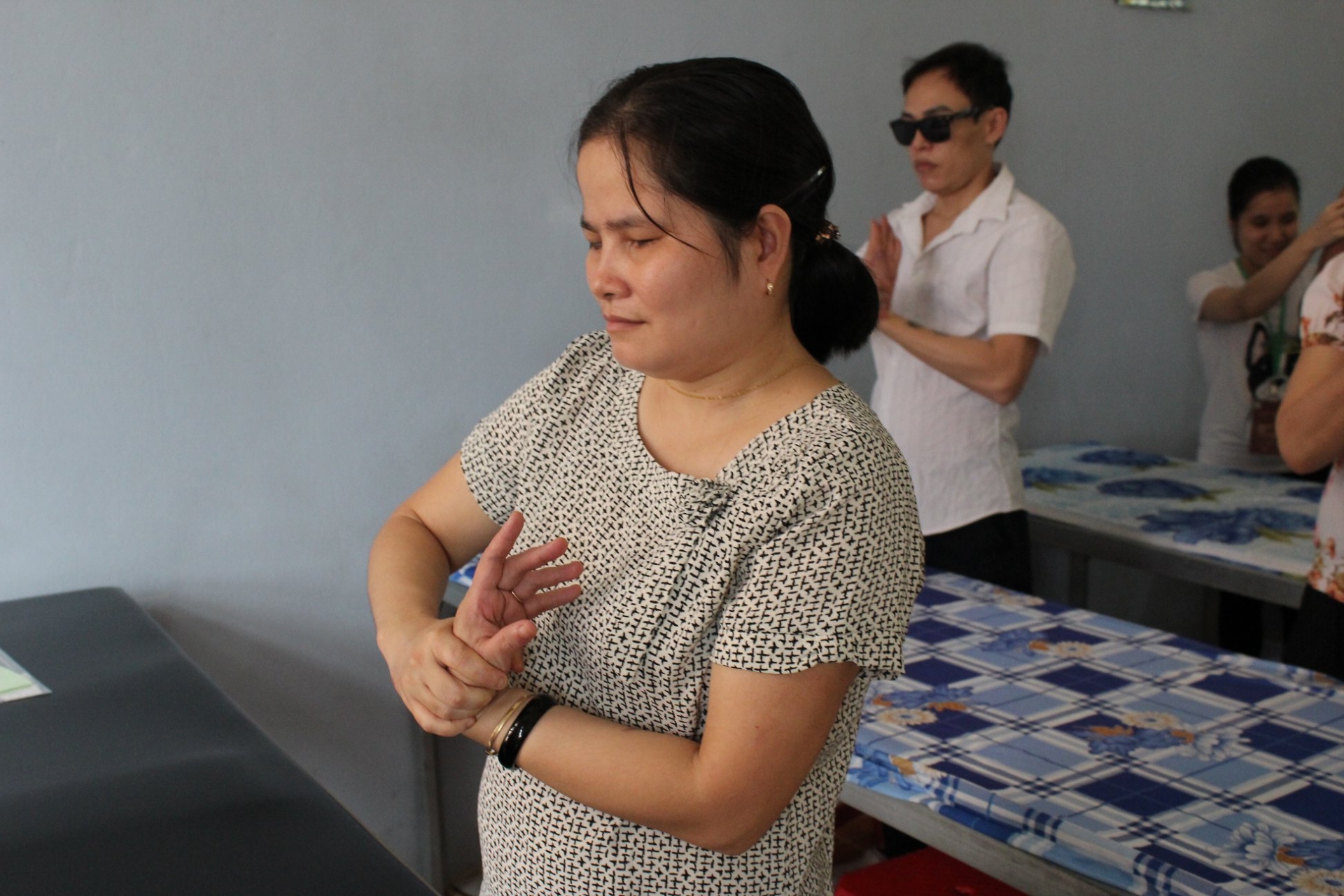 When Đào was 9, she joined the Blind Association of Kim Son district, Ninh Binh province. That when she learned Braille. After discovering her singing talents, the Association sent her to learn a month - long vocal course in Hanoi. She became the “songbird" of the Ninh Binh Blind Association, participating in visually impaired entertainment competitions nationwide. Despite having a passion for singing, Đào knew that she couldn't rely on it to make a living. So, in 2006,  she learned tam quat for 6 months, wanting to earn money to support herself. Upon graduation, Đào returned to her hometown and started working at a tam quat centre for the local visually impaired. In 2017, she, along with her colleagues, got a loan from the bank by mortaging family land. They decided to buy a place, as a permanent location for their tam quat centre. From then on, they no longer have to keep renting, and moving to new locations. The period after they borrowed the money, everyone was very worried. Would they have enough customers, and make enough revenue to pay the bank back? Currently, they have paid two-thirds of the loan; the place they bought has also risen in price. In 2019, Đào was nominated as the President of Yen Khanh district Blind Association, and started managing the tam quat center. The job was exhausting at times, but Đào felt that she needed to try, because this is the sole source of income to have additional money for the Association's operating cost; they need funds to do activities, to assist members if they get sick or encounter any problems. Many customers had inappropriate behaviour, but they needed to push through all that, so they wouldn't lose customers and decrease the therapists' income. 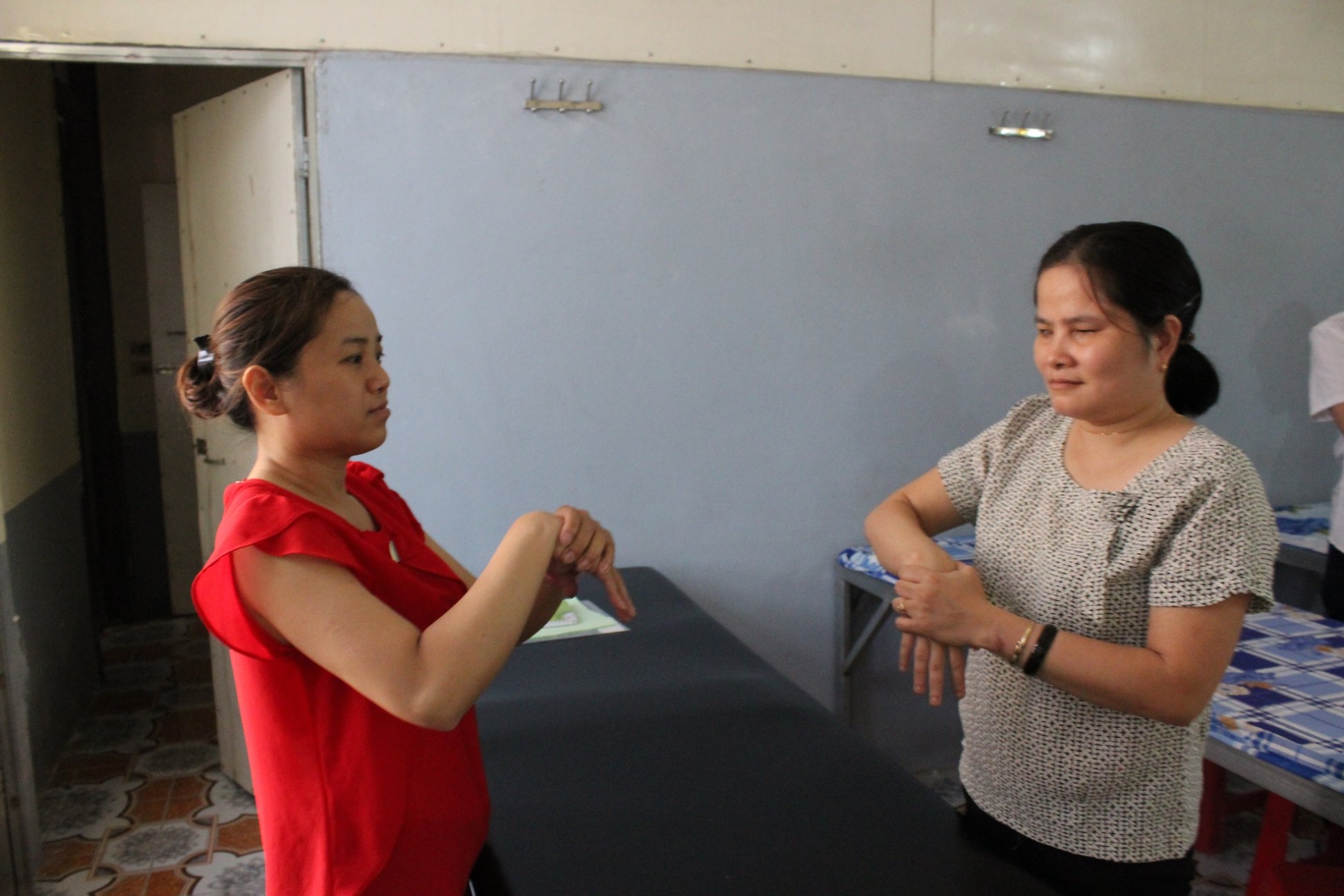 Đao's dream, when she was younger, was to go to school, find a stable job that can support herself, to not become a burden to her family. Now, after what she has learned at the Swedish massage course, she has a new dream - to bring this knowledge back to her hometown, to develop her Tam Quat facility. Đào shared: ‘This course has made me realize many things: In the past, I had a very vague understanding of the field of massage in general; I wasn't aware of it's vastness, as I do now. Because of that, I hope our instructors can come to my hometown, to train members at my Association directly.

Đào and the fellow students of the massage course had English lessons for therapists. She commented that she never had the chance to learn English, before now. She never learned with foreign instructors: “When I attended the first class, I was extremely nervous. However, after 1-2 lessons, I started to get used to it, and no longer felt any pressure or fear. Completely unrelated, but based on his voice, I thought the teacher seemed more mature than his age. I hope he maintains good health, and teach other visually impaired like us English.”

“I really enjoyed watching  the movie ‘Blind Massage’ that the class showed during ‘Movie without Sight' programme; I even rewatched it two times back home. Tieu Ma (a character in the movie) left a lasting impression; she was very strong and determined, something that I admire. Love among the Blind in the movie  - which I can relate in real life - is very difficult - parents of a blind person wouldn't want their child to marry another blind person, and the parents of a sighted person especially wouldn't want their child to marry another blind person. I think the most important thing, though, is the determination of the people in the relationship.”

You are reading: Lê Thị Đào - A talented blind singer