Nhi, age twenty-four, was raised by her father (now forty-six) a farmer who divorced when she was two years old, and later by her father and her stepmother. She has an older sister by her biological mother and two younger brothers by her step-mother.

She feels equally close to all of them regardless of whose child they are by birth. Not so, her younger two brothers, who she says have not treated her well since the time they learned that her mother is not their own. On one occasion they even told her not to come home because she would rob them of the food that they would otherwise be eating.

Nhi’s story is one of considerable personal tragedy and sadness. Even more so, it is one of remarkable courage and survival. It was one year ago that I first met Nhi and spent some time teaching her and getting somewhat acquainted on a personal basis. Soon after, I had to leave Hanoi and have had little contact with her since that time. I could not have imagined at that time the story I would hear when video chatting with her to write this story.

After Nhi had shared with me the difficulties, the sadness and the personal suffering she has been through she first stunned me by granting permission to share these with those of you who may read this. Then she humbled me, exhibiting a truly remarkable inner strength. When granting me permission to publish her story she explained, “It is only by sharing the details of my story that I can release the pain inside of me.” While she was talking the beauty of her smile and the soulful light in her eyes left me with the feeling that she is truly at peace with herself.

Nhi’s difficulties began at an early age. Unlike most of the other blind and visually impaired therapists at Omamori, Nhi’s father, in consultation with her teachers decided that since she was nearly blind it would be a waste of money for her to continue her schooling. She didn't ever attend school. She describes herself as illiterate, both verbally and numerically. Lacking any other productive way of using her time she began working at a Tam Quat studio at the age of fourteen. After working there for two years she moved on to another Tam Quat studio run by the Association for the Blind and continued working there until age eighteen, when she got married.

She explains that she met her husband “on the telephone” and had never met him in person until they actually got married. She got pregnant soon after getting married but even during the course of her pregnancy she discovered that he was not only a serious drinker and a gambler, but that he was also physically abusive. She also suspects, though she is not sure, that he was a drug user. Even while enduring all of the suffering that this entailed, she found herself pregnant once again not long after giving birth to her first daughter. She realized early on the seriousness of her mistake and had wanted to file for divorce soon after getting married, but she felt even more strongly that she wanted to provide a home for her children. Torn between the two opposing needs she waited for three years before she filed for, and was granted a divorce. At this time, she suffered yet another personal tragedy when the judge awarded her custody of only the older of her two daughters. The second was awarded to her abusive ex-husband.

Here, I must interrupt her story to explain that, even while she was at times tearful and was clearly sharing things that many people could never bring themselves to share with others, Nhi continued to break into smiles that would bring joy to the heart of any but the most cynical human being.

Now divorced and out of work, Nhi needed desperately to find work to support herself and her daughter. She tried several places, including Midori Spa, another local spa advertising that it specializes in providing work for the blind. There, she was refused to work after being told that she was too little and weak to be able to be effective as a massage therapist. Fortunately, she had a friend who knew one of the therapists at Omamori Spa and made the introduction, suggesting that there might be an opportunity here. Even more fortunate for Nhi, Omamori Spa has a policy of making every effort possible to accommodate any blind person willing to undergo the rigorous training required of our therapists. Once having begun her training at Omamori, Nhi has easily proven that her lack of size and native strength is no obstacle in becoming an accomplished therapist. After all, we’ve all heard numerous stories of undersized superstar athletes--and many of you will also have experienced massage treatments by extremely small women or men (especially in Asia) of exceptional strength. Nhi, like all of our therapists is continuing her training to build both greater strength and master ever more difficult techniques. Training at Omamori is continuous and ongoing for everyone, including even the Master Teachers and Master Therapists. 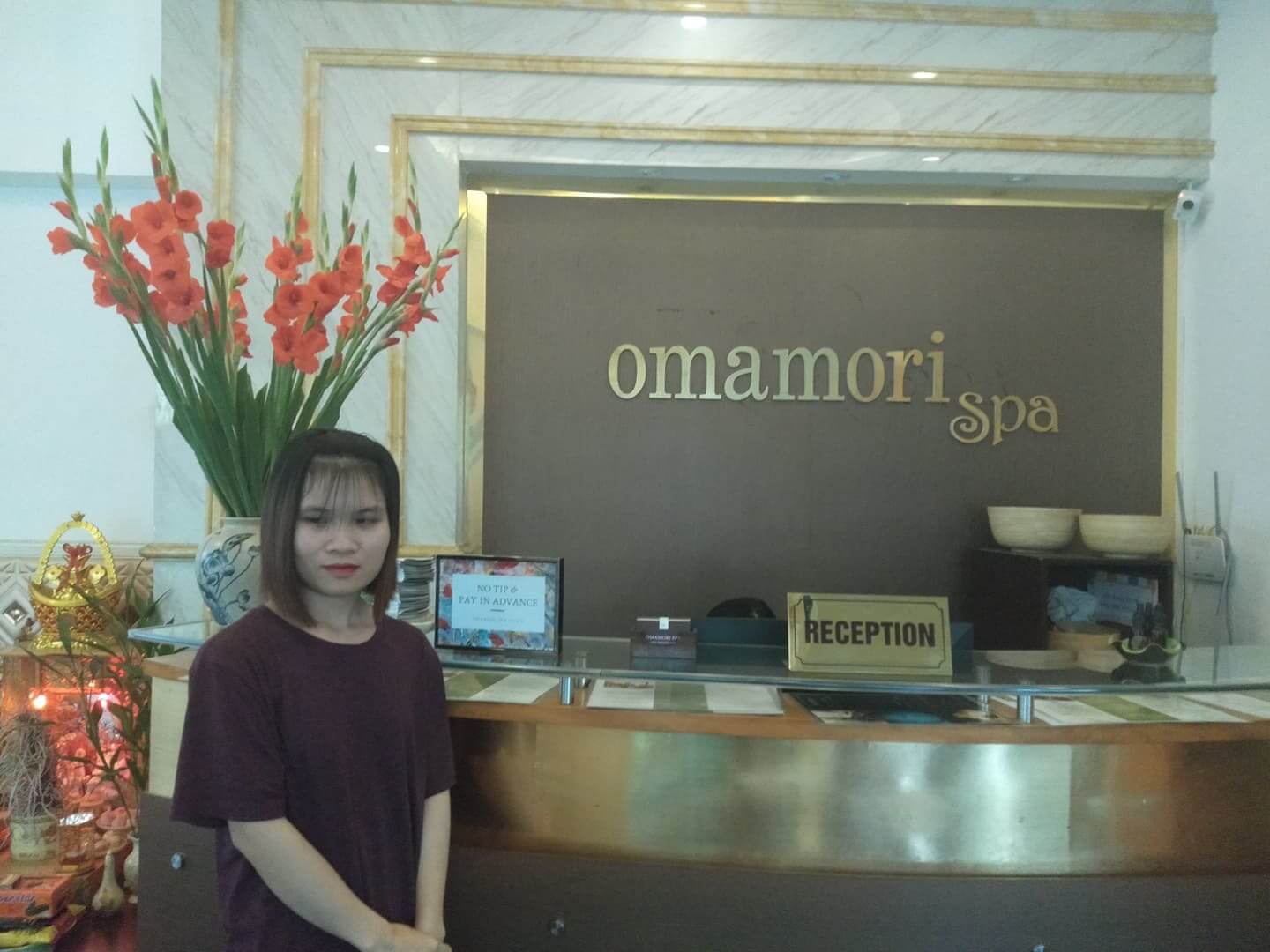 While one might hope that Nhi’s story would have a happy ending, once having landed a job at Omamori, such is not fully the case. Yes, Nhi is much happier now, surrounded by a team of loving and supportive colleagues, and is able to earn a better and steadier income. However, her abusive ex-husband still has custody of their second child. Listening to her story I was horrified to learn that he has recently terrorized their two-year-old child, cutting her with a knife. She learned this from her ex-mother-in-law who called imploring her to take custody of this child, too, and inquiring as to whether she was financially in the position to support her. In tears, Nhi explained to me that her finances are not such that the court would award her custody of this child, too.

At the time of this writing Nhi, as with everyone in Vietnam, is faced with the added financial burden caused by the coronavirus pandemic. She must support herself and her first daughter without any income until such time as everyone is allowed to return to work. Fortunately she had just paid six months ahead on her rent after recently moving into a nicer apartment with her boyfriend (a totally blind but very talented street musician). She had also just received a one-time “stimulus payment” from the Vietnamese Ministry of Planning and Investment. She is hopeful that this will be enough to keep food on the table until she is once again able to return to work.

Nhi sings to herself to cope with her pain and to console herself when she feels especially sad. She dreams of one day being able to sing really well in order to express her feelings more fully and of being able to earn enough money to be able to take custody of her second child, as well as her first. In the meanwhile, she survives, and keeps on smiling, and smiling. And sometimes singing

You are reading: ​ Nhi, Singer and Survivor

Đao's dream, when she was younger, was to go to school, find a stable job that can support herself, to not become a burden to her family.